All you need to know…at Beautydxb you find everything about beauty fashion and traveling.Beautydxb participates in various affiliate marketing

unsplash
We earn a commission for products purchased through some links in this article.

7 Most Beautiful and Luxury Airbnb In Santorini Greece

Santorini is the supermodel of the Greek islands, a head-turner whose face is instantly recognizable around the world: multicolored cliffs soar out of a sea-drowned caldera, topped by drifts of whitewashed buildings. With its reputation for dazzling panoramas, romantic sunsets, and volcanic-sand beaches, it’s hardly surprising the island features on so many travelers’ bucket lists. Santorini is a moon-shaped island located on the edge of a former volcano crater. Keep scrolling to find 7  Most Beautiful and Luxury Airbnb to stay.

The charming town of Oia, one of the most beautiful spots in all of Greece. You can walk through the narrow alleys and eat with a view of the sparkling water but plan your visit above all during sunset when the sky turns pink and the view is the most beautiful.

The capital of Santorini is Fira, located on the west side of the island and almost as beautifully situated as northern Oia. Here too you can wander for hours past special churches, small bakeries, and narrow shopping streets with boutiques and souvenir shops. We recommend a visit to the Museum of Prehistoric Thira, where you can learn more about the history of Akrotiri. There is a beautiful path from Fira to Oia, where you can walk beautifully on the former crater rim. A brisk walk of at least three hours, but the views along the way are priceless.

Akrotiri is one of the best-preserved archaeological sites in all of Greece. In 1967, archaeologists discovered here the remains of an old city buried under a thick layer of volcanic ash. They brought up parts of a near-perfect city, including multi-story houses and murals. Akrotiri is also known as the Pompeii of Santorini and is one of the main attractions of the island.

Oud-Thera is an ancient city in the west of the island. Located between the beaches of Perissa and Kamari you will find the ruins of public buildings, houses, squares, and streets. Unlike Akrotiri, Ancient Thera has been abandoned and deteriorated over time, until archaeologists rediscovered the site.

ALSO READ: 17 Luxury Candles That Make Your Home Smell Like A Luxury Hotel

Like any Greek destination, Santorini also has a beautiful coastline with varied beaches. You will find beaches with soft sand, pebble beaches, and volcanic beaches. One of the nicest places for a day at the beach is Agios Georgios Beach, located at the southernmost tip of the island. There are some cozy taverns and beach bars, but it is especially less crowded here than elsewhere and you can enjoy the beautiful weather and the nice sea at your leisure.

7 Most Beautiful and Luxury Airbnb In Santorini Greece 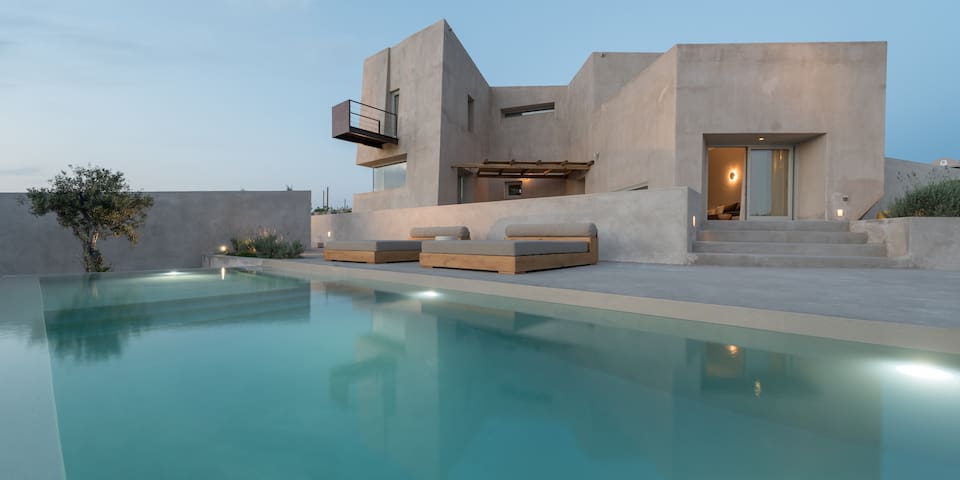 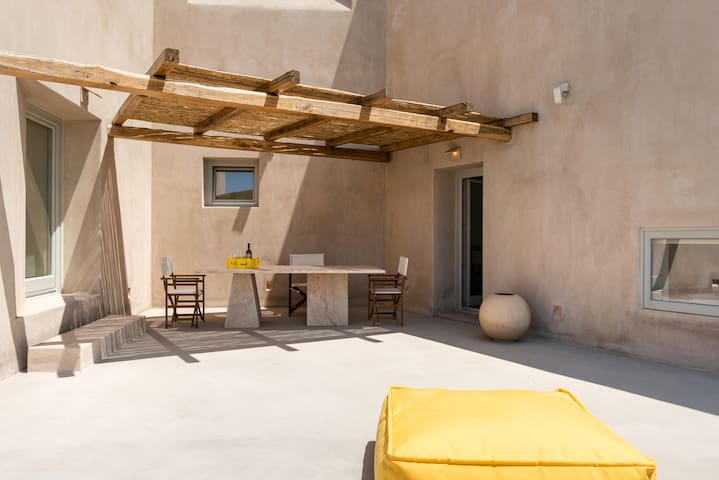 King Albus is a villa designed to offer a luxury stay to people wanting to enjoy a relaxing vacation and high privacy. Constructed upon a high point in Pyrgos, giving views to the sea, the Akrotiri caldera, and a stunning sunset view. 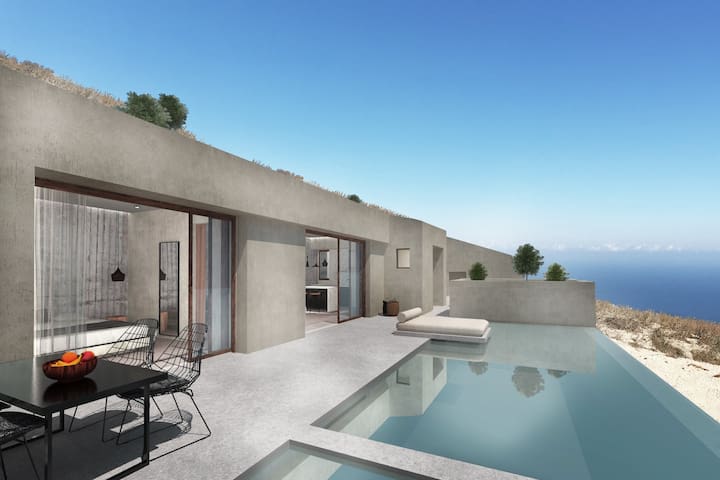 Located on the highest point of the island with absolutely breathtaking views, modern luxury, and the utmost in personal service. A unique gem in the best location on this spectacular island. 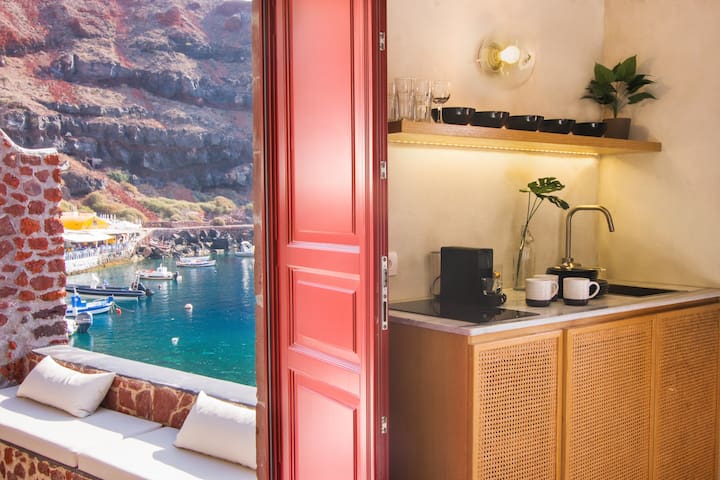 The sound and smell of the sea, the view of the majestic and colorful volcanic rock. 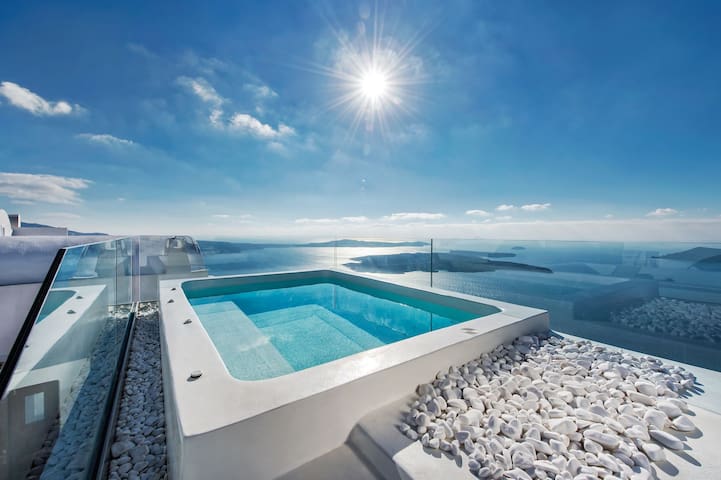 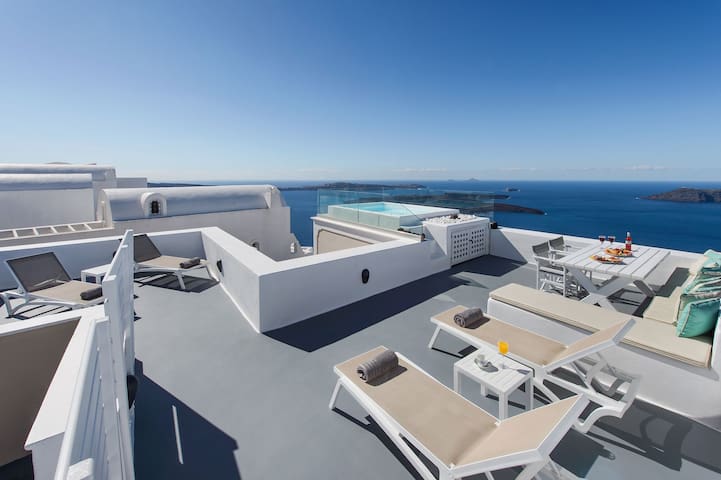 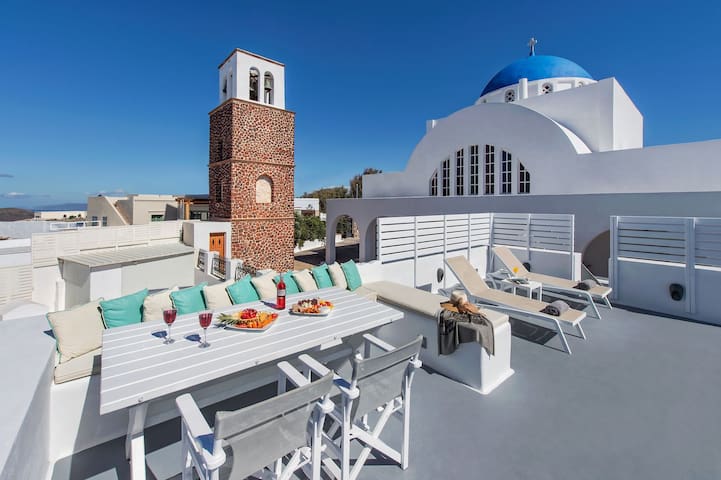 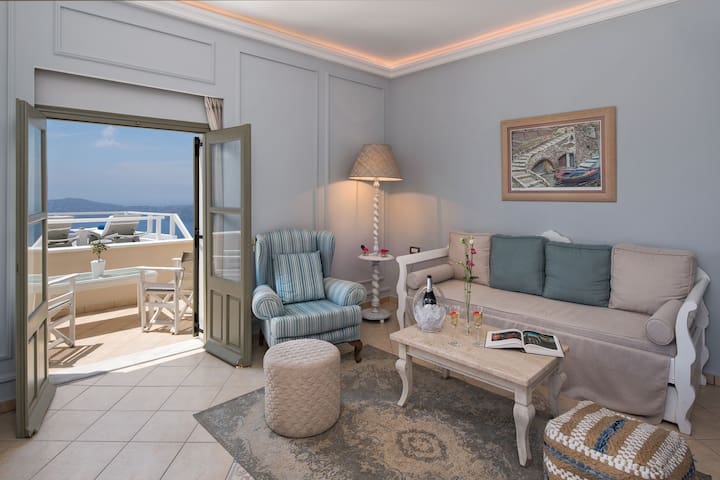 Malteza private villa is amongst the most private and unique Santorini’s villas. A residence of unparalleled beauty where guests can unwind in the atmosphere they desire. 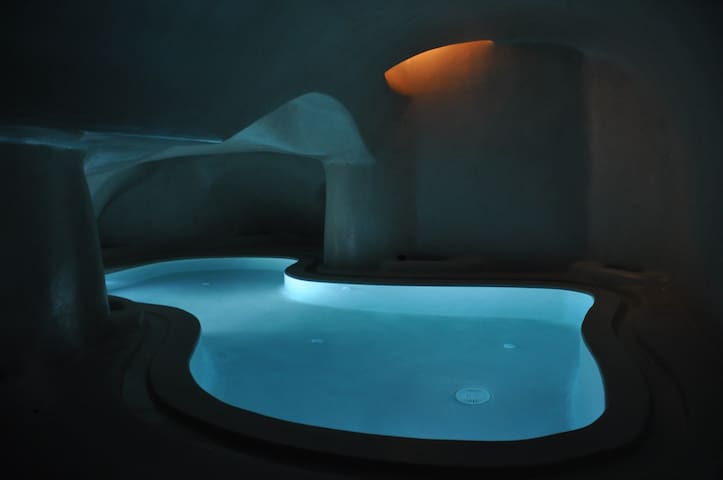 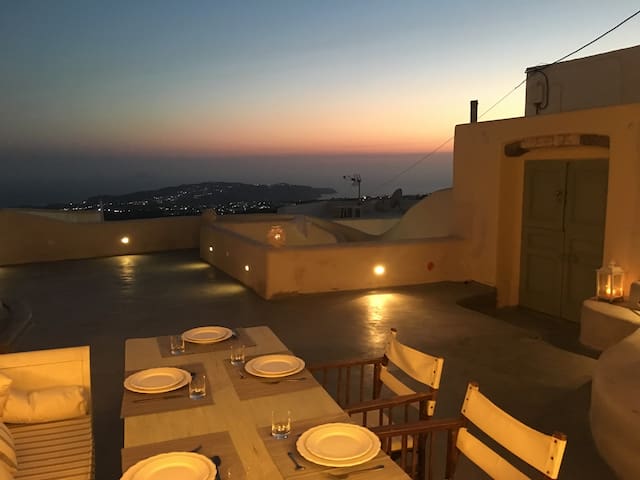 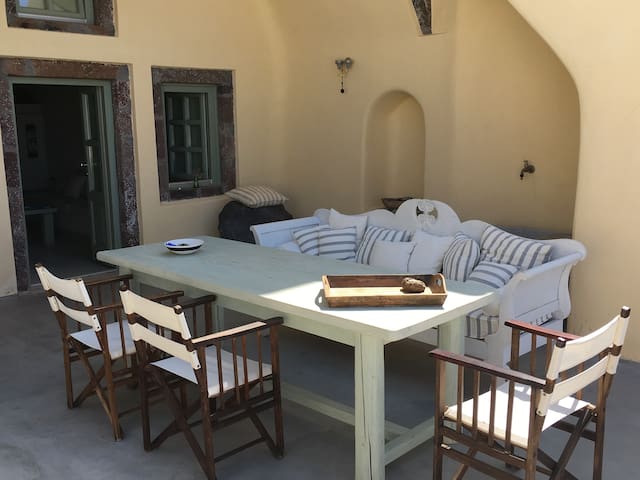 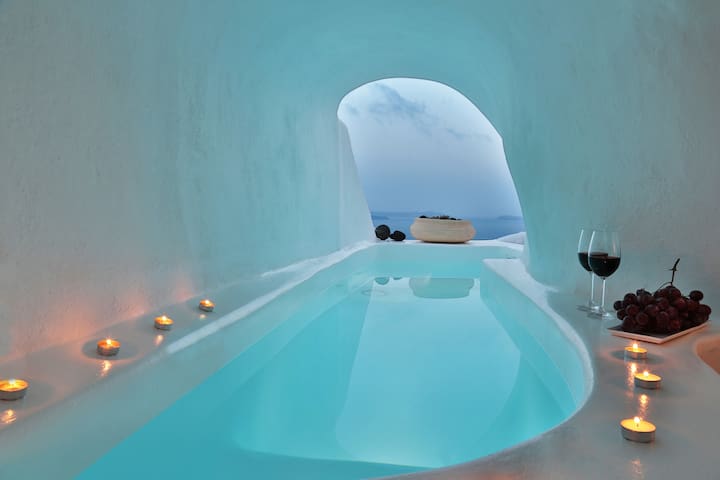 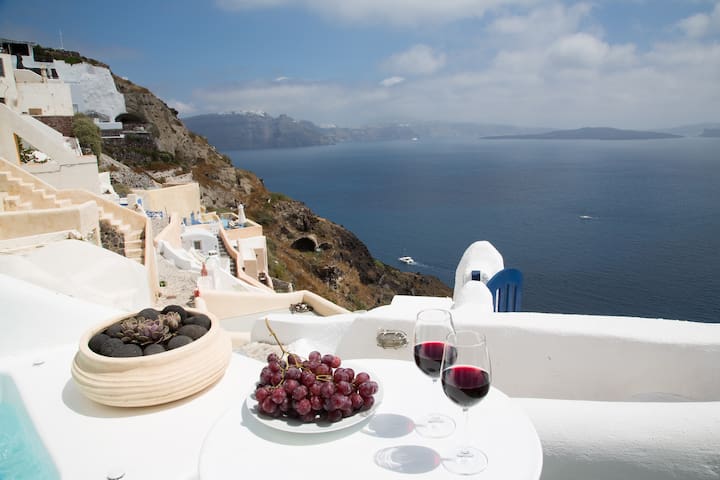 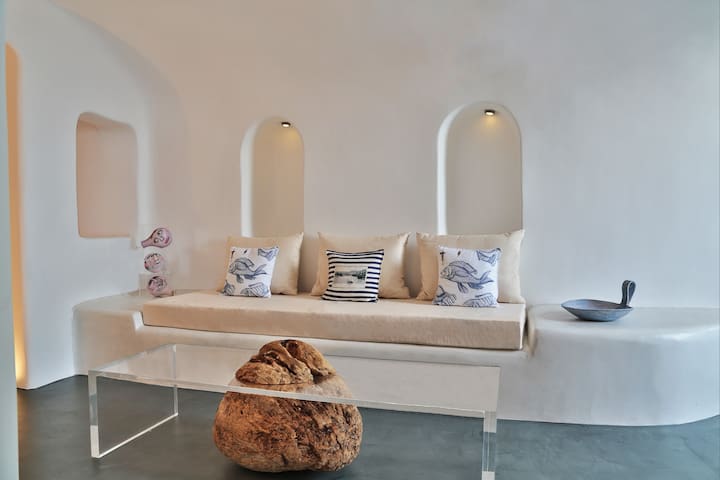 Live the myth by staying in a cave that used to be a sailor’s domicile back in 1875. 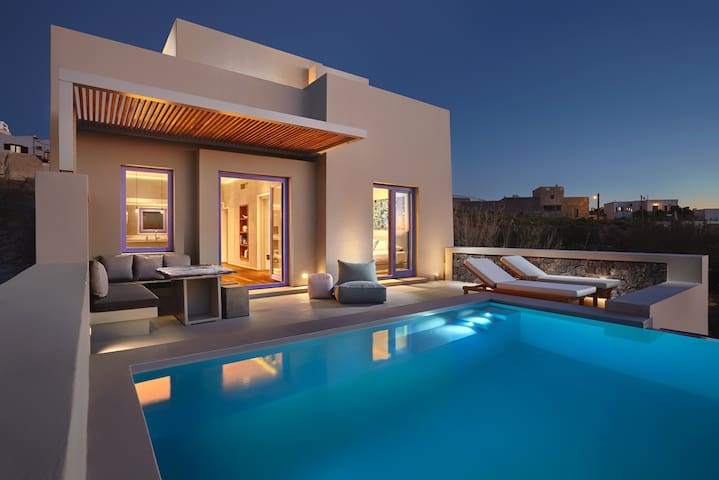 Luxury villa with amazing views of the Caldera and Oia from the center of Santorini in Pyrgos.

Instagrammable places you can find in London.

The cheapest cities in Europe for a city trip